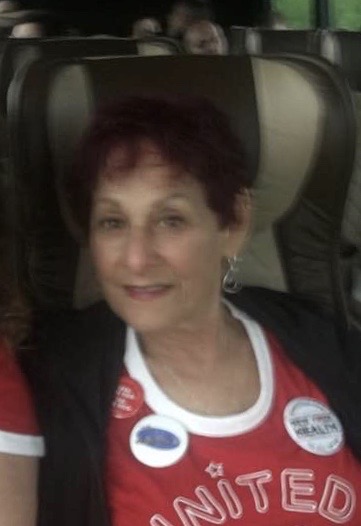 Judi Gardner has been a progressive activists for many years.  While a parent of 2 small children, she canvassed for George McGovern.  Since then she was involved in the Nuclear Freeze Movement & March NYC. She has been a member of CodePink since 2004 in which she made many trips to Washington DC to protest the Iraq war. She traveled to other states to canvass for Barack Obama and was a delegate for Bernie Sanders at the 2016 DNC.  She was arrested at the Democracy Spring protest in Washington DC 2016. She is a founding and steering committee member of Long Island Activists and a steering committee member of the Huntington Rapid Response Network. She was an activist with New Yorkers against Fracking and made many trips to Albany, did banner drops and birddogged Andrew Cuomo. She actively worked to pass the Green Light Bill by protesting and lobbying.  She works for immigrant rights and does accompaniments to immigration court and does immigrant support in the community. Her motto is “things only change when the people push the politicians to do the right thing.”